Project7 have successfully completed the first transition at the London Stadium for 2018. We have transformed the venue from West Hams home ground to a concert venue, ready for tonight’s Rolling Stones gig and an amazing summer of shows including Beyonce, Jay Z and the Foo Fighters.

Our team have been working tirelessly over the last week. It’s been a 24/7 operation with an average of 250 people working per 24 hours.

The next transition will be at the end of June when we will transform the venue for the Athletics World Cup London 2018 and the Muller Anniversary Games.

The Müller Anniversary Games will continue to showcase itself as one of the best IAAF Diamond League meetings on the circuit when the world’s best track and field athletes return to London. As well as a host of para events – seeing some of Britain’s best para-athletics stars shine again in London. 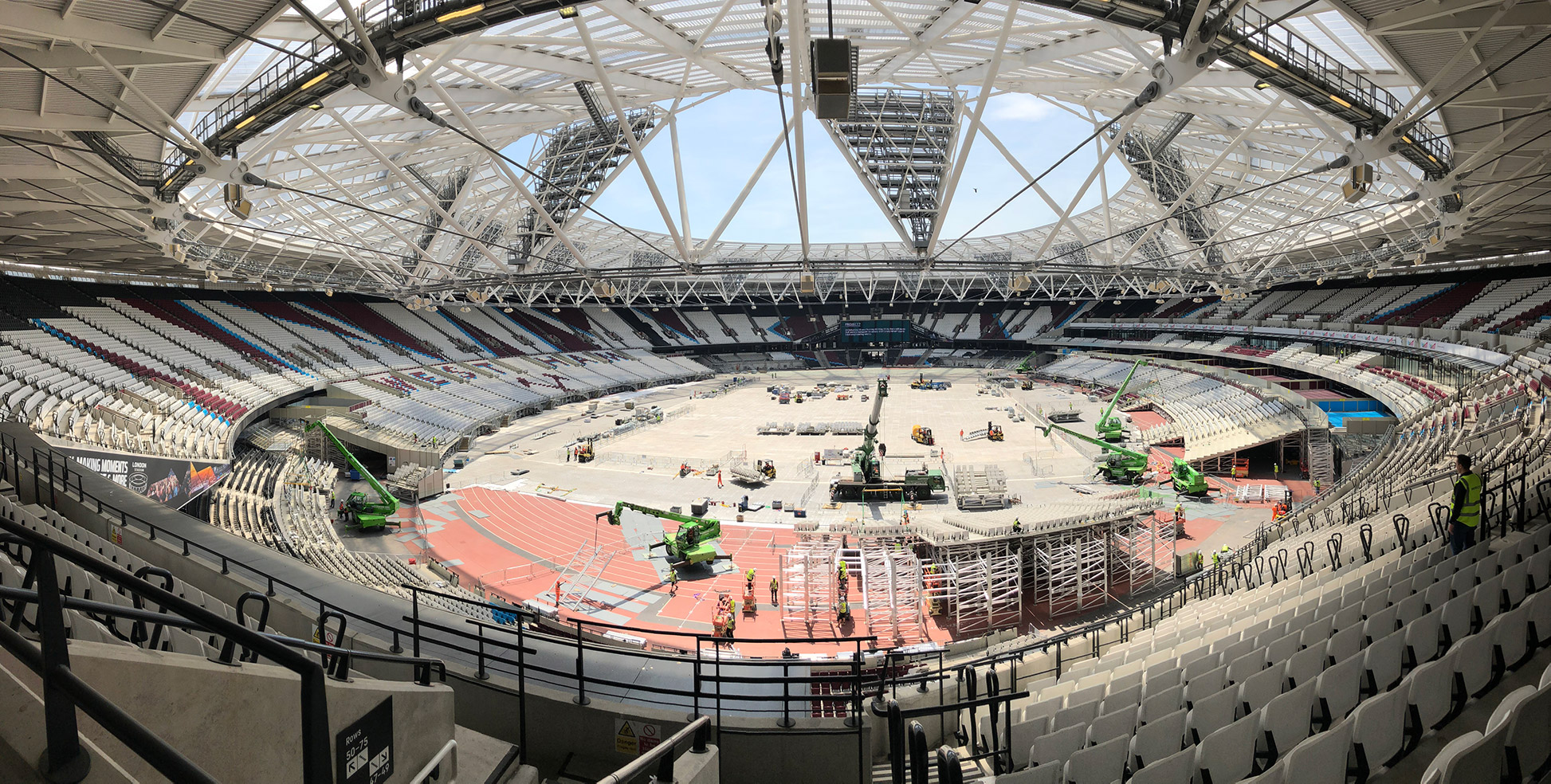 PROJECT7 HAVE BEEN SHORTLISTED FOR THE CONSTRUCTION NEWS SPECIALISTS AWARDS 2020

Give up your seat for Project7

Project7 have moved into new offices in Central London

Health and Well-being on site

Kieran Saddles up for the Tour Dell’Italia

Project7 accepted onto the NHS Framework

Project7 volunteer day at the Arc

Under construction no more! Project 7 develops it’s own new website.

Weymouth Works Come to a Close as 2017 Begins